I first learned about Ferris Provincial Park on an awkward drive home from a camping trip at Presqu’ile Provincial Park. We were driving north on highway 30, passing over the 401 to join the westbound traffic when as we crossed over the crest of the bridge we could see someone waving their arms, trying to grab our attention. There were three cars backing up the on-ramp as the 401 was literally a parking lot due to a massive accident. So, as we drove past the ramp and were trying to figure out how to get home, we saw signs for Ferris Provincial Park. Though we didn’t get to visit that day, I made sure to add it to my list!

When we eventually made it to Ferris Provincial Park on Thanksgiving weekend, it was even better than I expected! One of the first things you’ll notice about Ferris, if you’ve camped the provincial parks lately, is that it’s a bit of a trip back in time. Most of the fire pits still use the portable iron frames and not the newer contained pits. I never realized how much better the old style was! It was so relaxing to sit beside a roaring fire with the cold October air surrounding us. The comfort station was also the older style where the shower stall (singular!) was inside the washroom. There are also only showers in the Valleyview Campground so if you’re looking for that bit of comfort this park might not be for you.

Another draw to the park was the suspension bridge. Despite all the waterfalls and cliffs I end up standing beside, I really don’t love heights. Walking across the bridge 30 feet above the river was pretty intense! Even with the nerves in full effect and a low water level it was an amazing view. Fall colours lining both sides of the river, crystal clear blue sky, and dark rushing water with white ripples below me. It was the perfect balance of serenity and adrenaline! Though I was nervous, the bridge is incredibly safe. At least the elderly woman with a cane and young mother with a stroller who crossed after me thought so.

The park itself was really nice too. The sites throughout both campgrounds have a lot of variety. The sites in Bedrock Campground were a lot more open and seemed to cater to RVs and trailers while the sites in the Valleyview Campground also had quite a few that were open, but there were also a lot with some good privacy. If you’re thinking that the Valleyview Campground would be best for you, I’d make sure to check the Ontario Parks website for photos as a couple of the sites had some serious slopes. Also, the valley runs along the south side of the campground so if you have pets or small children I’d recommend staying north of the road.

The trails at Ferris Provincial Park were a lot of fun and provide a lot of variety. There are 2 main trail systems, the Drumlin Trail System and the River Gorge Trail System. The Drumlin Trail System provides a lot of choices as it is essentially a series of loops. We had a nice, leisurely hike on our last morning in the park and the numerous benches made for some great breaks. I was really disappointed in the marked lookout though as after a sprint up the trail to try and catch a view of the sunset, you could basically see milkweed and trees without a hint of the horizon. The River Gorge Trail System follows the Trent river from the northern park boundary past Ranney Falls and the suspension bridge and down to the southern boundary before looping back up. Both trails have some rougher sections but I’d say the trails would be somewhere in the beginner/intermediate range.

Ferris Provincial Park is great for a weekend trip, especially in the fall. The trails will give you something new to do each day and if you’re eager there are a few conservation areas close by for some more hikes. Oh, and don’t forget to check out the bridge! 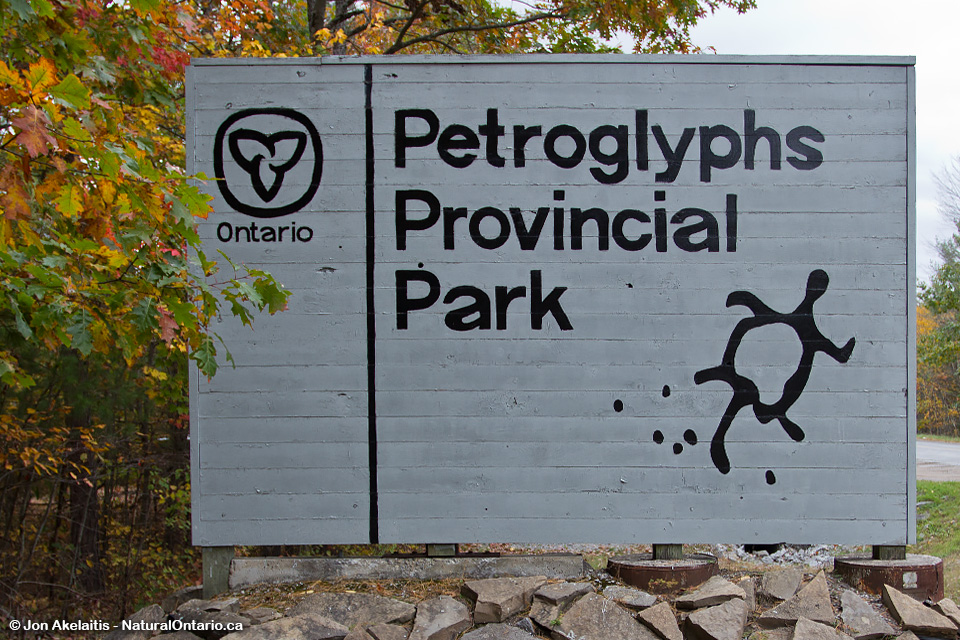